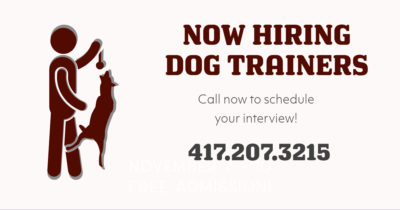 Carrie Galvan has offered dog training in the Springfield, Missouri area for more than 20 years. She is a Professional Dog Trainer 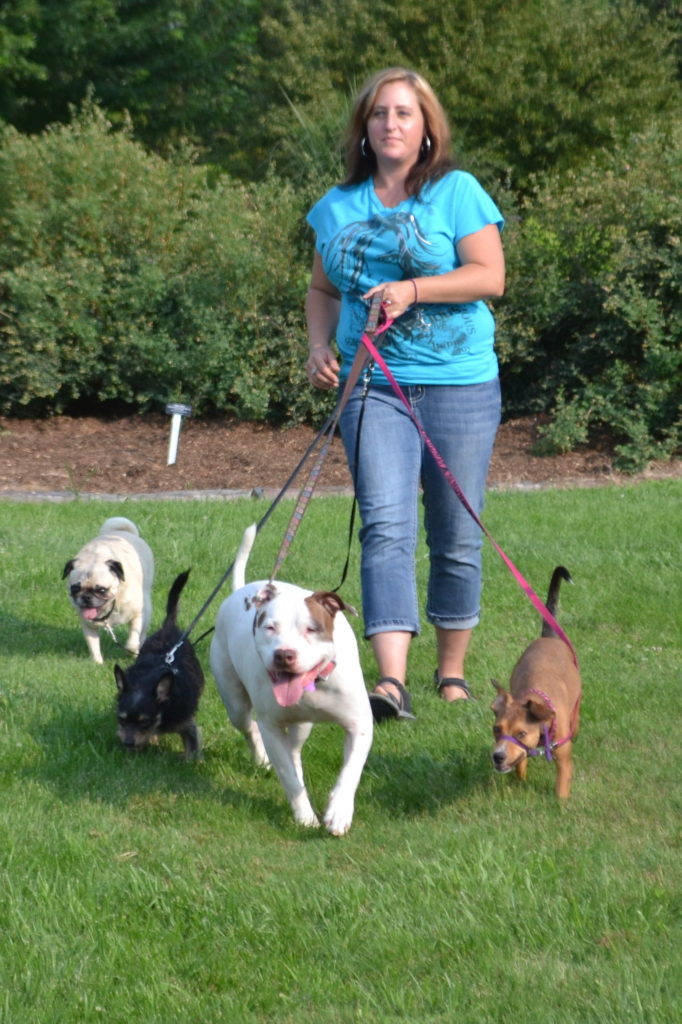 and Behavior Consultant, certified by the Council of Professional Dog Trainers, specializing in behavioral issues such as aggression and anxiety.

She is a member of the Association of Professional Dog Trainers (APDT) and has been an AKC Canine Good Citizen Evaluator for many years.

For more than 20 years she has worked closely with local dog rescue organizations in many different capacities.

She has also been an evaluator for the APDT C.L.A.S.S Program and for the National Therapy Dog Registry in the past. Carrie spent three years volunteering on the Springfield, Missouri, Animal Issues Task Force. There, she helped revise, update, and propose many progressive animal ordinances; some of which have been passed by the Springfield City Council.

And she has spent countless hours helping to educate officials, and fighting for the equal rights of all breeds. Her advocacy has certainly made a difference in the lives of dogs all around Missouri.

Galvan co-owned Side Kick Dog Training from 2014-2017. In 2015 she opened Precious K9s, which eventually became her dream, passion, and priority, second only to her children.

Most importantly, her mission is to help you find positive ways to help your four-legged family member live and work in our two-legged world.

PLEASE READ BEFORE SIGNING UP FOR A CONSULTATION.

The one-on-one coaching will be at our arena or virtual. Carrie and her team do not do in-home training unless there are circumstances that require you to train at home.

Carrie specializes in aggression, anxiety, and puppy training. If you are wanting basic training, agility, tricks, therapy, or obedience private coaching, the information you give us when you sign up will direct you towards the best PK9s trainer for you.

For more information on Precious K9s Private Coaching prices, send us an email at 417preciousk9s@gmail.com and we will answer your questions.

Precious K9s has an amazing group of trainers that each excel in their favorite area of K9 training. Some are passionate about Therapy Teams. We have trick dog instructors and beginning obedience instructors. Some just love to teach the puppies! The one common denominator is that they all love to educate about K9 behavior. The trainers always make sure to spend time together where they can learn from one another and keep up on the most progressive ways to train your dog and theirs.

We offer dog training for all breeds, ages and stages. Classes are offered in a private and semi-private setting. Click here to see more about our dog training classes and workshops.

Some of the classes and workshops we offer include:

Our class roster is ever changing and growing. Please check the calendar for upcoming classes, descriptions and availability. You never know what we might be teaching and what guest teachers we might have!

Most of our classes are held in our dog training facility located at 4854 S State Hwy Ff, Battlefield, MO 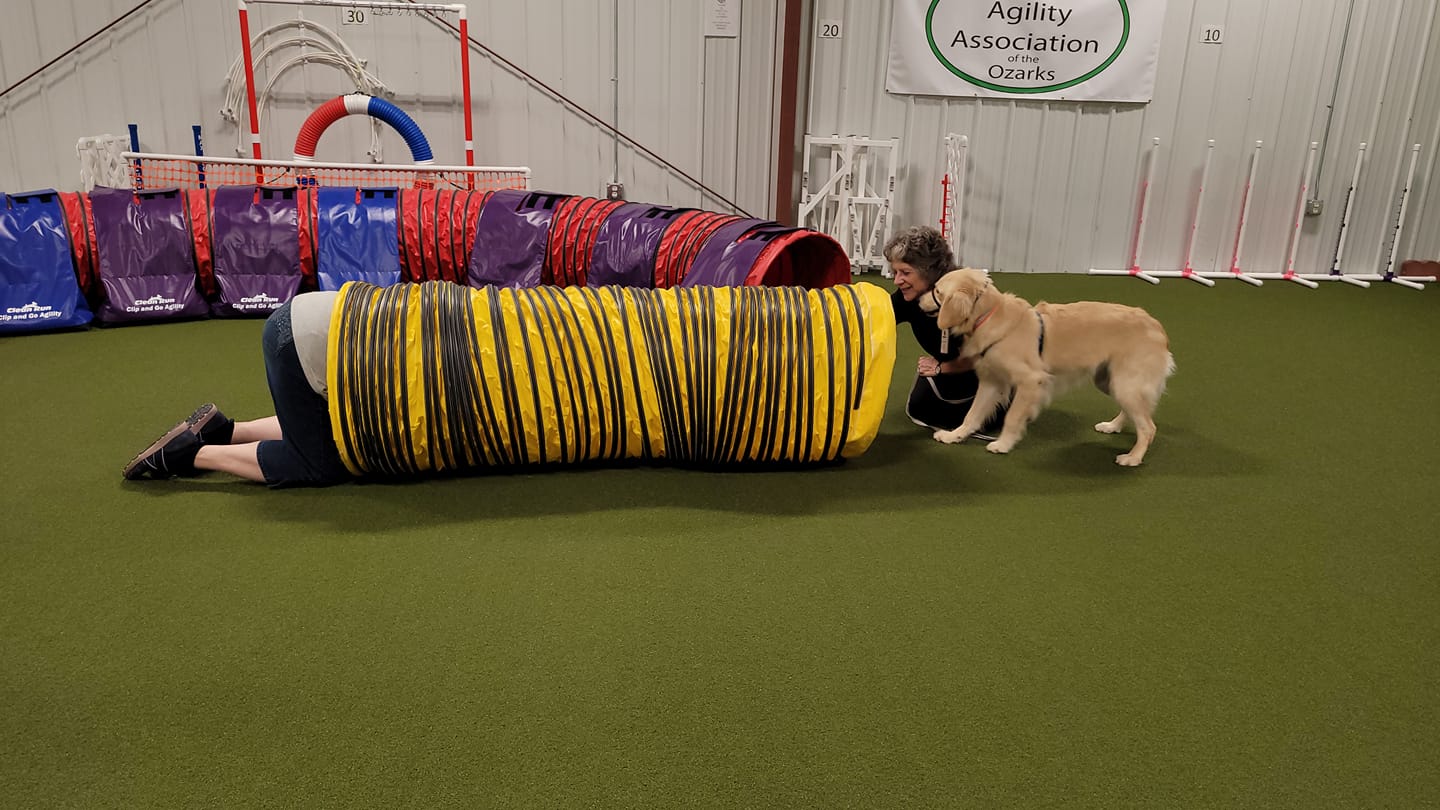 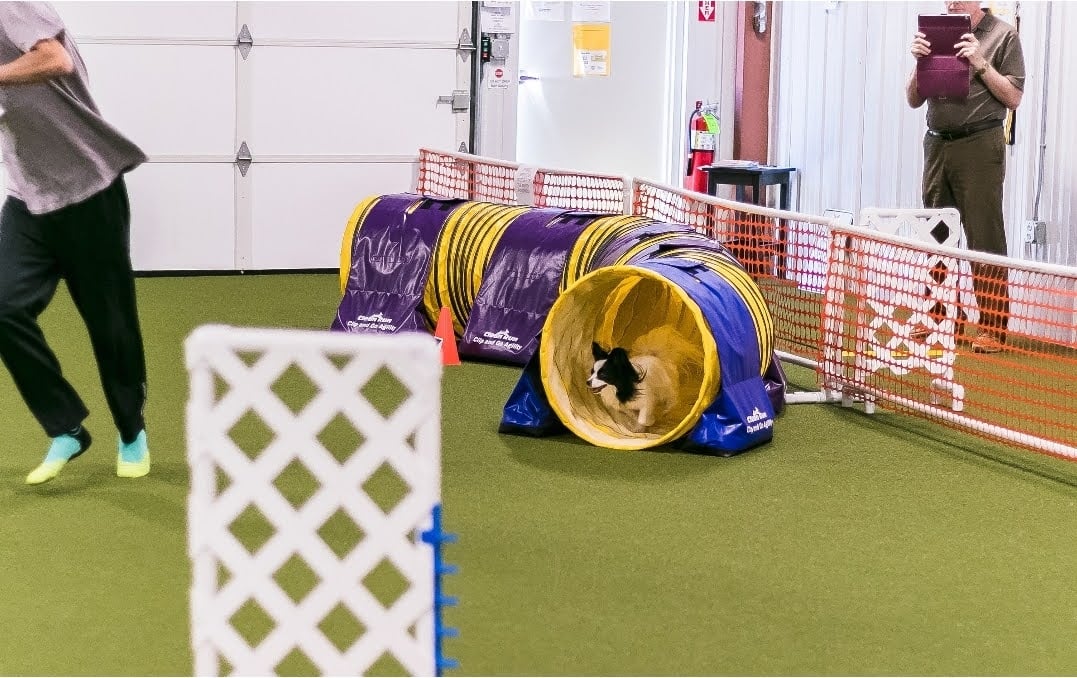 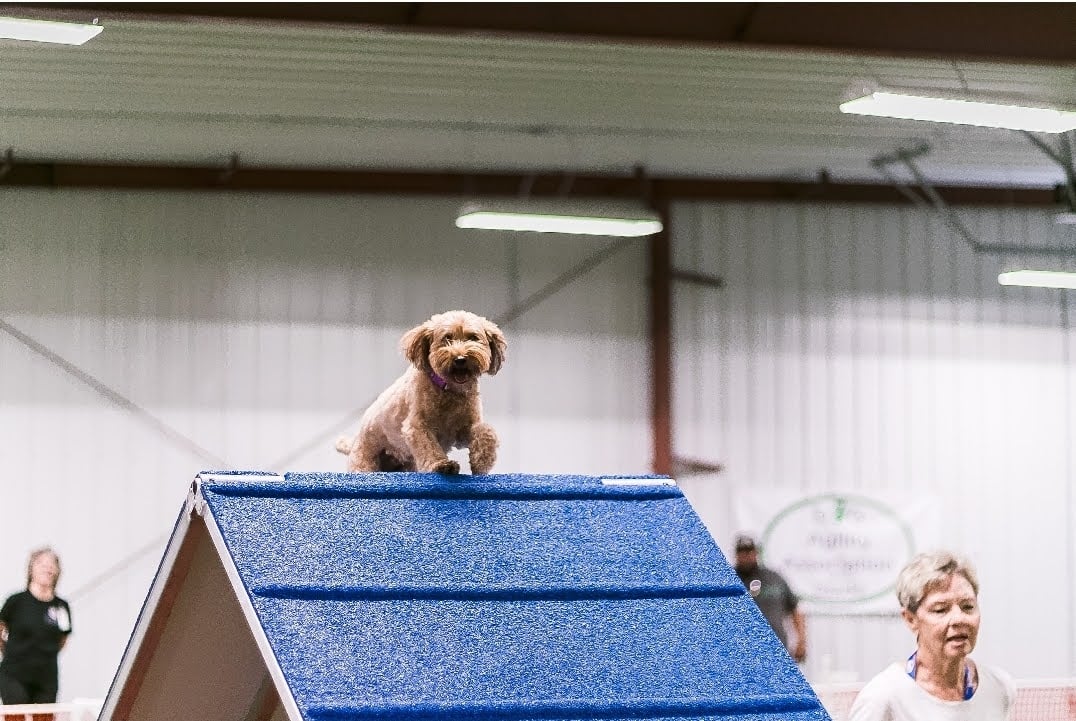 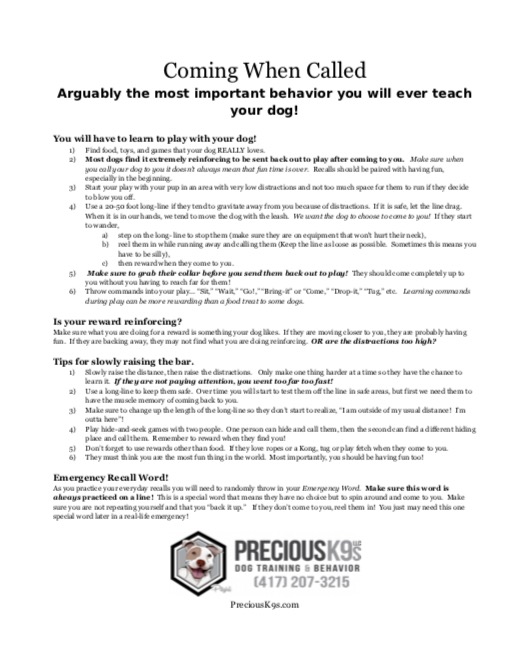 Arguably the most important behavior you will ever teach your dog!

You have Successfully Subscribed!